Math is way cool! And math trivia for kids will definitely inspire the most math resistant child to get a kick out of discovering some of the most interesting facts about math. Check out some of the cool math facts here. 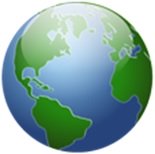 The Abacus is considered the origin of the calculator.

The Slide Rule is the mathematical instrument used for computing before the calculator was introduced in 1970.

Did you know that the opposite sides of a dice cube add up to seven. There is a cool math magic trick that you can show your friends and family that makes use of this math trivia fact.

Forty is the only number that has all its letters in alphabetical order.

Multiply 37,037 by any single number (1-9), then multiply that number by 3.  Every digit in the answer will be the same as that first single number.

Did you know that Zero was discovered by an Arab mathematician named Al-Khwarizmi in 800 B.C.?