So are you not only ready to see, but also perform some really cool math tricks! 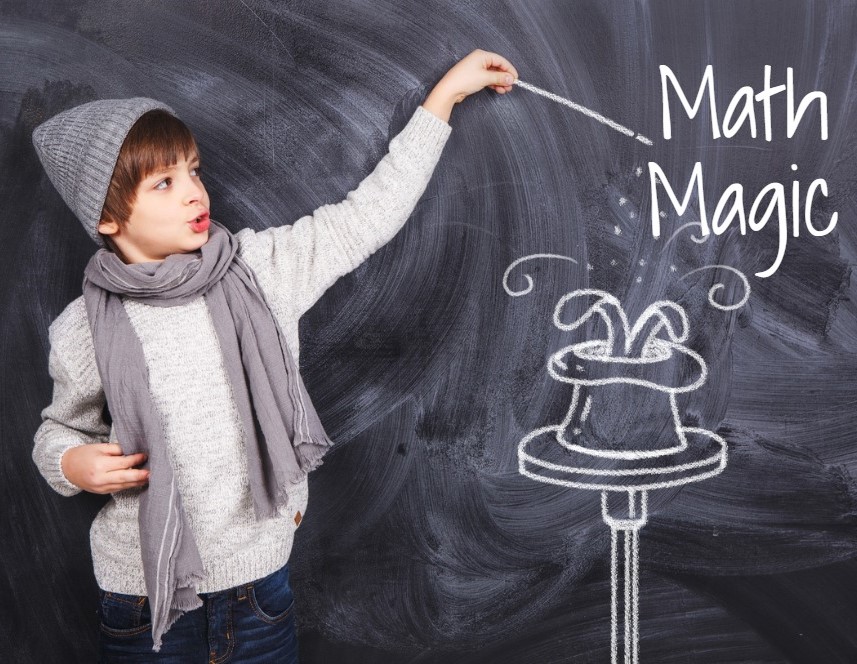 "I Can Read Your Mind" Math Magic Trick

You'll really enjoy and be amazed by this math mind reading trick.

The magician asks for a volunteer to call out a four digit number that he then writes down on the whiteboard.

And after doing this a second time, the math magician writes down a secret number on a piece of paper that he doesn't show the audience. The magician will also write a a couple of his own random four digit numbers under the four digit numbers that he's already written.

When it's all said and done, there will be a total of five four-digit numbers written in a column. The magician then asks some one from the audience to add the five numbers together.

And guess what the total is..... That's right. The secret number that the magician wrote down near the beginning of the trick!

Just watch it performed in the video below, and then give it a try.

Did you like that one? Do you understand the math that makes the trick work? If you liked this one, you will probably also enjoy this math magic trick that uses dice.