What kid doesn't enjoy having fun and playing games!  Building math skills through addition and subtraction games should be a no-brainer.  Lots of them here, so be sure to look around the rest of the site after checking out this page.

Classic board game of checkers with a math twist!  Most kids already know how to play the game of checkers, so this game is a natural fit. They'll catch on really quick.

What You Need: Print the Checker math game board, Two different color sets of Checkers, Addition and Subtraction facts Table or calculator to check each others answers. 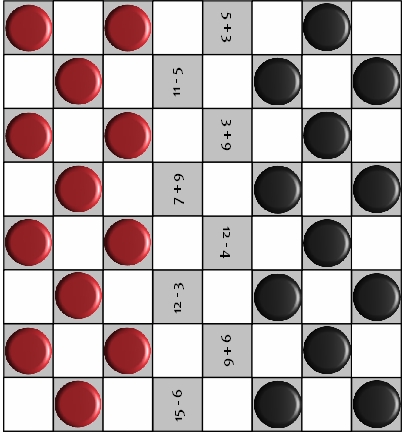 For example, player 1 starts the game and decides  they want to move their checker to the square that says "9 + 6". (See picture below.) The player will first have to say this addition fact out loud, along with the correct answer in order to move their piece to that square. So they would say out loud, 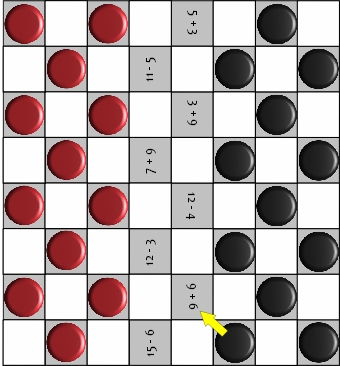 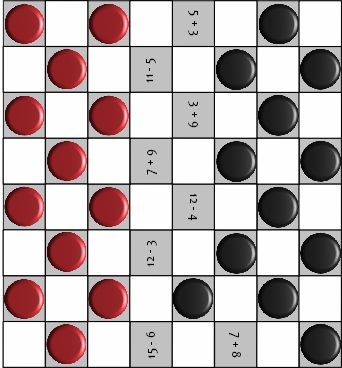 The picture below shows the player in black attempting to capture the red player's piece.  The yellow arrow points to the empty square the player is trying to get to while leaping over the opponent's piece.

Since this is correct, the player leaps to the new square and removes the red piece from the board as shown in the picture below.

Printable flashcards are a great tool for teaching subtraction.