What You Need: Copy of Checker math game board, Two different color sets of Checkers, Subtraction facts Table or calculator to check each others answers.

The game is played very much like the classic checkers board game.  After you print off the checker board, place it in the middle of the two players.  The players first decide on what color checkers they want.

In order to move a piece, the player must correctly answer the math fact of the square they want to move to.

Players can only move in the forward direction, so no going backwards here. 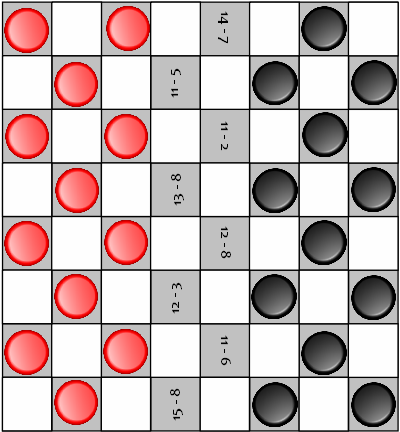 For example, player 1 starts the game and decides  to move their checker to the square that says "12 - 8". (See picture below.) The player will first have to say the subtraction fact out loud along with the correct answer in order  piece to that square. So they would say out loud, 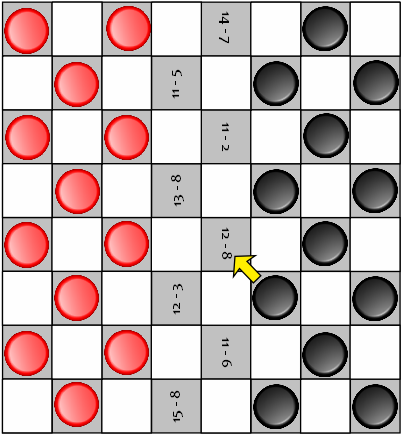 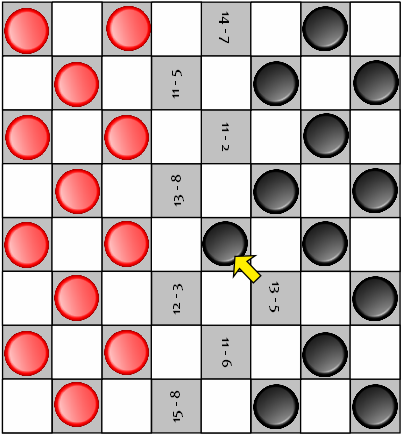 The picture on the left shows the player with the black checkers has a chance to jump his opponent. He must first say aloud the subtraction math fact in the vacant space he wants to move his piece to:

The picture on the right shows the result after the player says the correct multiplication sentence and jumps the opponent and removes the red checker from the board.

* This game can be designed with any type of Math questions on the playing squares.

* We've already have math facts game checker boards for multiplication facts made for you.