The Magic Squares Game is just one of many fun math activities you'll find on this website. Lots of students and teachers don't realize that learning math can be fun! 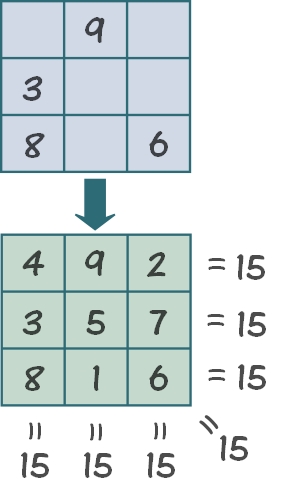 Object of the Game: Be the first player to complete their Magic Square correctly.

Spice up math class as your students enjoy these magic Square worksheets.

These Fraction Puzzles will add Fun to Learning Fractions!

How to Solve a magic Square

Learn the math that will help solve a magic square puzzle.