A Fun and Easy Way To Multiply Big Numbers

Napier’s bones is a method that makes multiplying large numbers easy! This multiplication method was used for more than 300 years until the invention of mechanical calculators. The reason they were called Napier’s Bone’s, was because they were made out of bones.

A great method for students who really struggle with multiplying large numbers the traditional way.

If you're a teacher or parent and are looking for a great way that's proven, easy and effective way to teach pupils how to multiply large numbers, you've found it!

The great thing about multiplying using Napier's method, is you only need to know your times tables from 1 to 9! And the rest is just addition! 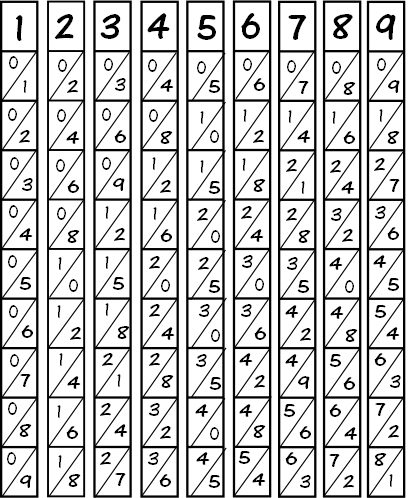 It's a quick and easy process that even younger students can do.

These are your Napier's Bones. Just in case you're wondering, they're also referred to as Napier's Rods.

You may want a blank set of Napier's bones that your students can fill out to get practice with their multiplication tables for 1 to nine.

Let's say we want to Multiply: 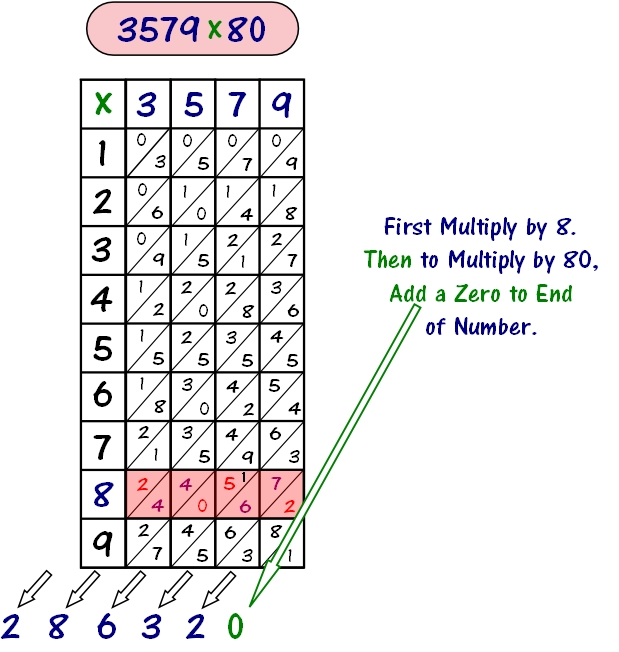 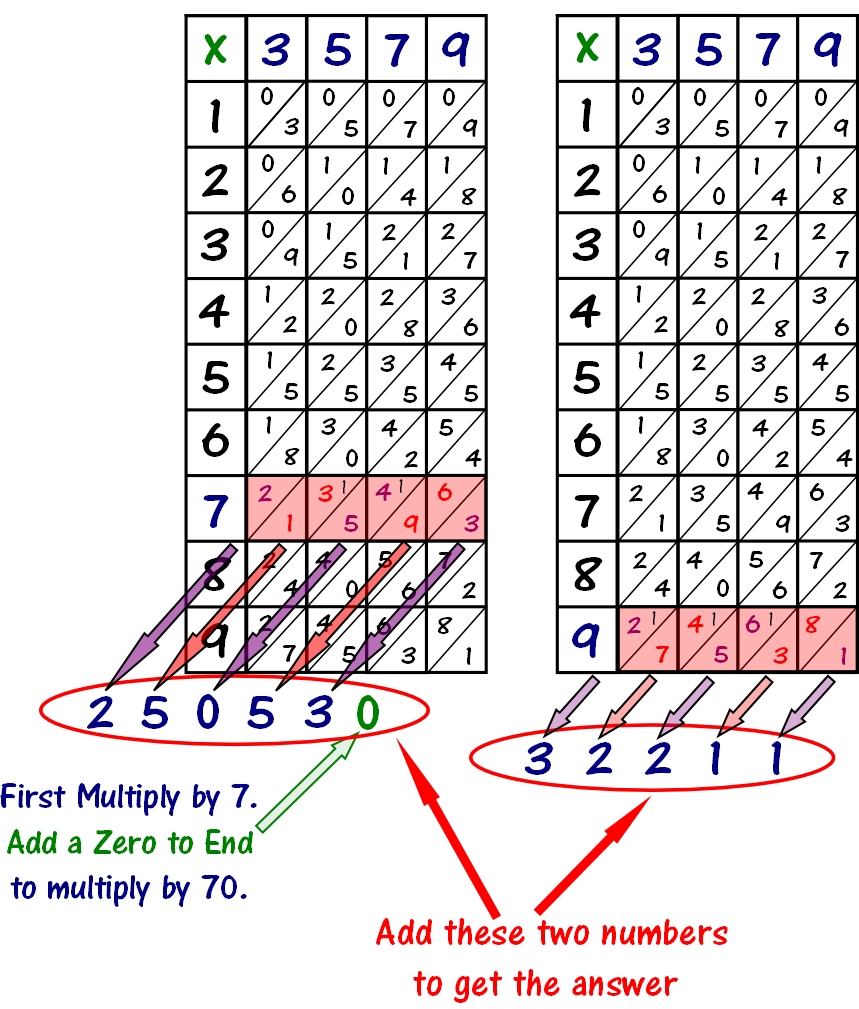 And there you have it! I'm going to put up some worksheets on this page in the next couple of days with multiplication problems that students can try using the Napier's Bones method. Let us know if you have any questions.

Memorizing Multiplication Tables has never been so easy!