Ordered pair - graphing games. Kids get to learn all about plotting ordered pairs the fun way. 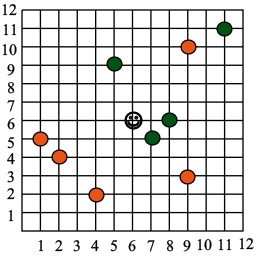 If you're looking for more advanced graphing games, we'll be adding some soon. You might also enjoy graphing games that can be played online.

Return from Graphing Games to Learn With Math Games Home