How is your class or child when it comes to understanding factors? Here's a math factors game they'll love playing while learning while about multiples and factors. 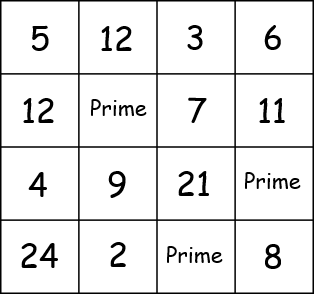 To be good at multiplying, students need to be able to recognize factors of numbers pretty well!

And that's why you're going to like this game...

It's a fun way to help kids memorize their factors of numbers.

Number of Players: 2 or more

Objective: To place four of your markers in a row, vertically, horizontally, or diagonally.

What You Need: Game board that we provide, pair of six-sided dice

Preparation: Print off the game board. We suggest that after you print the board, laminating it so that it will last for years to come.

How To Play: To decide who goes first, have each player spin the dice. The person who rolls the highest goes first. In case of a tie, have the people who tied roll again to see who rolls higher. 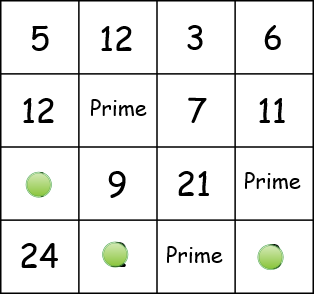 Return from Math Factors to Learn With Math Games Home