Easy math games! That's right...math doesn't have always boring or difficult! Making math fun does wonders for helping your child or class have a positive attitude toward math. And when they can feel good about it, they will naturally perform better at math! 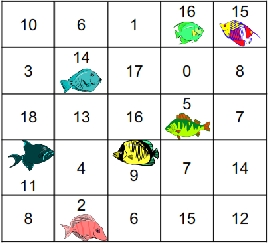 Object of the game: Be the first player to cover 5 fish in a row 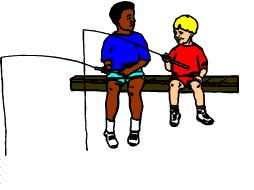 *Scoring (optional): The winner receives 5 points for scoring 5 in a row, plus he gets 1 additional point for every fish anywhere on his game board that he’s covered. All other players also score 1 point for each fish that’s covered. When all play has finished, each player adds his total score for all rounds played. It is possible for some one who has never scored 5 in a row to win!

If your child or students are ready to move on and are looking for some fun with adding larger numbers, that's a good thing. Here's a fun 2-digit and 3-digit addition game.

Easy math games are a great way to add fun and excitement to learning math! They will love you for it!